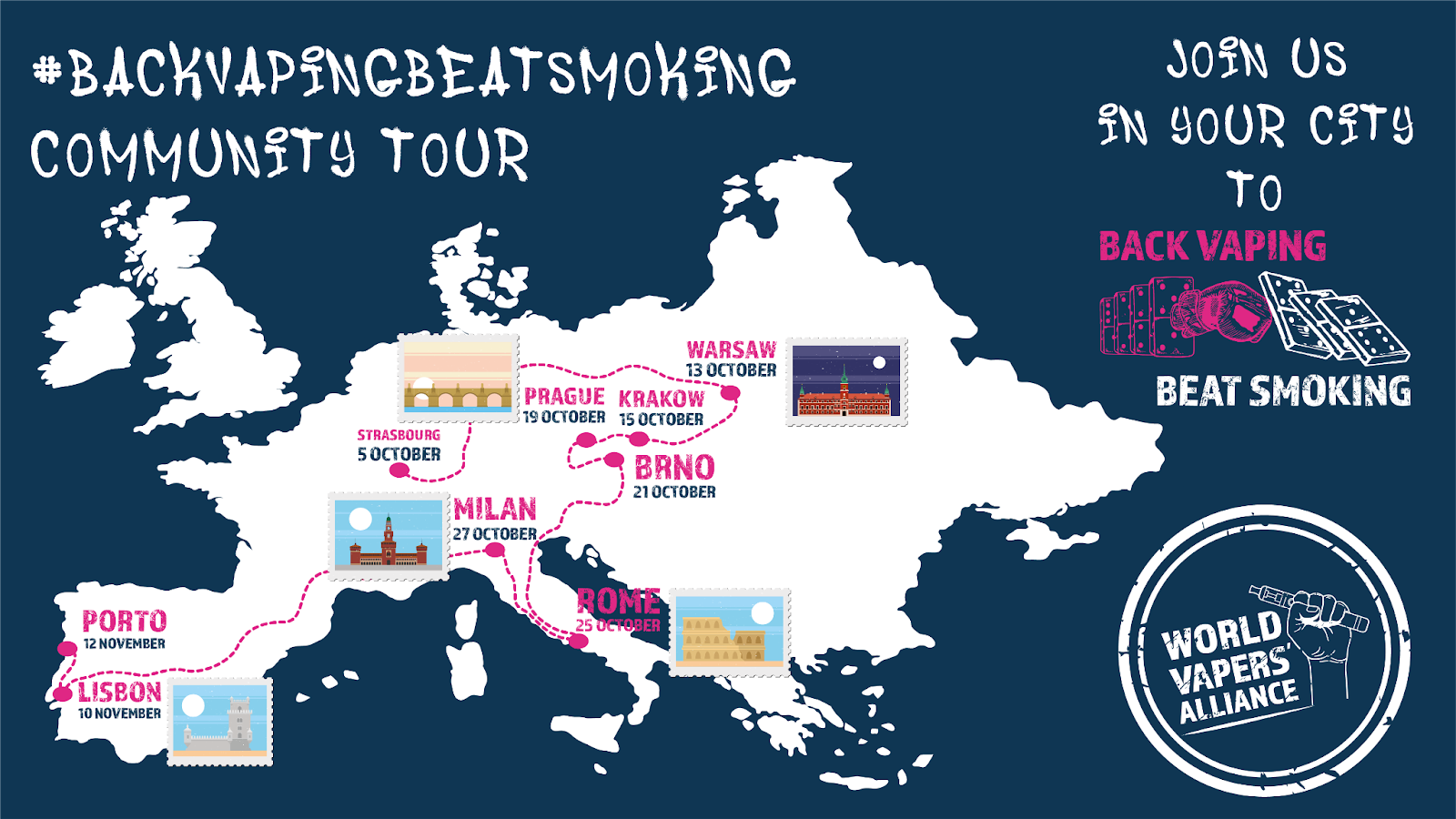 The World Vapers’ Alliance (WVA) is all set to hit the road with its #BackVapingBeatSmoking tour.

Starting 5 October in Strasbourg, France, the campaign aims to deliver a message to policymakers that vaping can save 19 million lives in Europe. It will launch with a Don’t Let 19 Million Lives Fall protest art installation and will spread across ten cities within six countries during October and November.

The campaign comes together as the Europe-wide tobacco legislation, Tobacco Products Directive (TPD), is being reviewed by the European legislators.

The WVA, which has previously participated in the EU Commission’s public call for evidence to speak out against flavour bans and excessive regulation, said it will try to amplify voices of the European vaping community in the attempt to acknowledge vaping as an effective harm reduction tool.

“We are back on the road but yet carry the same message: by backing vaping we can beat smoking and save 19 million lives with sensible regulation,” said Michael Landl, WVA’s director.

“The EU call for evidence has seen a record number of 24,000 responses which shows that consumers want to embrace tobacco harm reduction and it happens that vaping has been proven the most successful so far.

“We will host community events and protests in France, Poland, the Czech Republic, Italy, Portugal and Belgium to draw attention to one of the most crucial pieces of legislation that is on the table for the future of vaping. It is time for politicians to listen to consumers. So we will make them listen,”

The WVA has also launched a petition to avoid harmful vaping regulations such as flavour bans, or high taxation on vaping products. The signatures will be delivered to the Members of the European Parliament at the end of the tour in November.