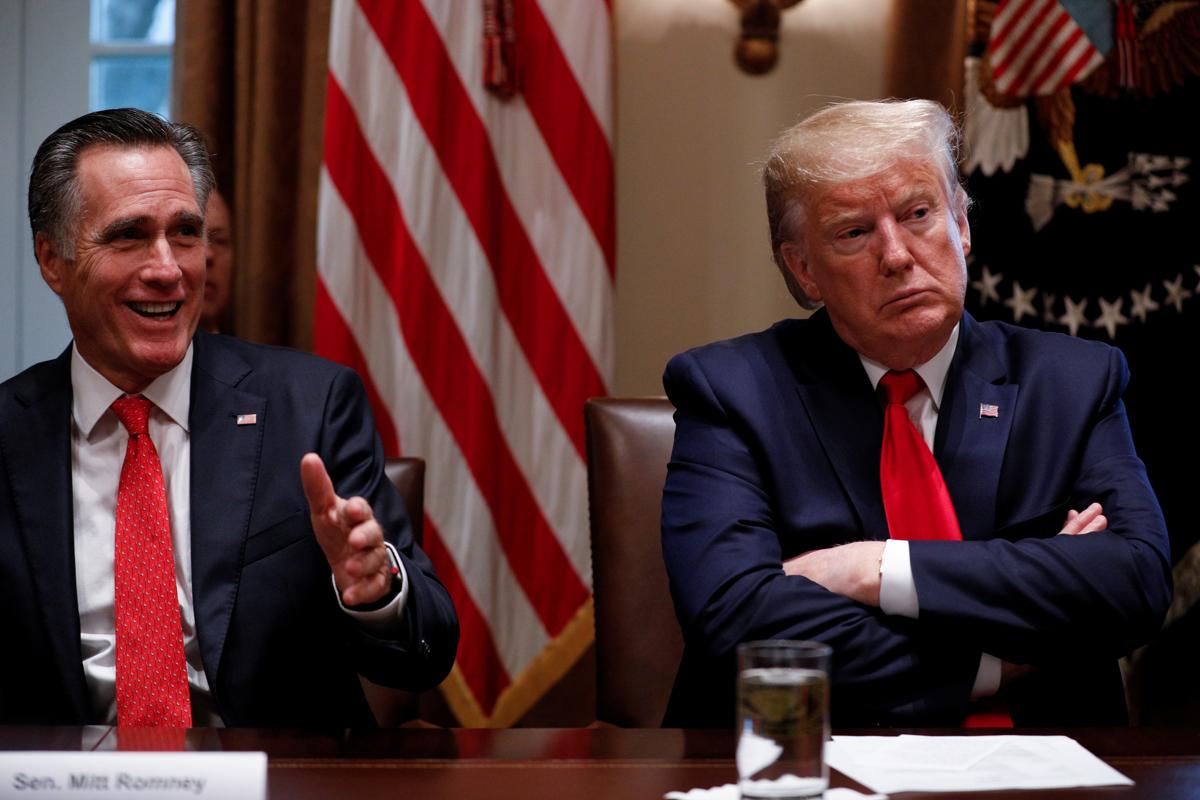 U.S. Senator Mitt Romney (R-UT) asks a question beside U.S. President Donald Trump, during a listening session on youth vaping and the electronic cigarette epidemic inside the Cabinet Room at the White House in Washington, U.S., November 22, 2019. REUTERS/Tom Brenner

After a difficult year for e-cigarettes in the US, 2020 has begun positively with the industry escaping

the draconian outright bans seen in Australia, India and Mexico.

The US has been the epicentre for an epidemic of lung disease which has caused 55 deaths and has been widely blamed on vaping. While the products involved have been black market THC (cannabis-based) vaping products, it has been the legitimate nicotine market that has attracted the bulk of the negative headlines around the world.

It is this pressure which has forced the US government to act.

February will see the end of the road for cartridge-based e-cigarette flavours such as dessert, cucumber and mango, the FDA has said. Yet the sale of flavoured liquids – the kind sold in vape shops across the USA – will continue. Meanwhile, tobacco and menthol-flavoured cartridge e-cigarettes will also remain a legal option for Americans looking to quit smoking.

This is a step back from the ban on all flavoured vaping products which President Trump announced in September.

While some may lament the disappearance of their favourite products, the move by the FDA follows the industry’s own reaction to last year’s health scare.

In October, Juul announced that it was removing its flavored cartridges from sale online, having already taken them off sale in so-called bricks and mortar stores in 2018.

CEO K.C. Crosthwaite said: “We must reset the vapor category by earning the trust of society and working cooperatively with regulators, policymakers, and stakeholders to combat underage use while providing an alternative to adult smokers”.

And in response to the FDA’s announcement, shares in British American Tobacco and Imperial went up.

As a BAT spokesperson told Reuters: “Following a significant period of disruption and uncertainty, this regulatory clarity is a welcome step towards returning the US vapour market to stability”.

The US vaping industry will now hope that the new decade will be one where it can focus on its potential for harm reduction.