‘Cause for celebration’, says association as vape users hit highest ever 3.3 million 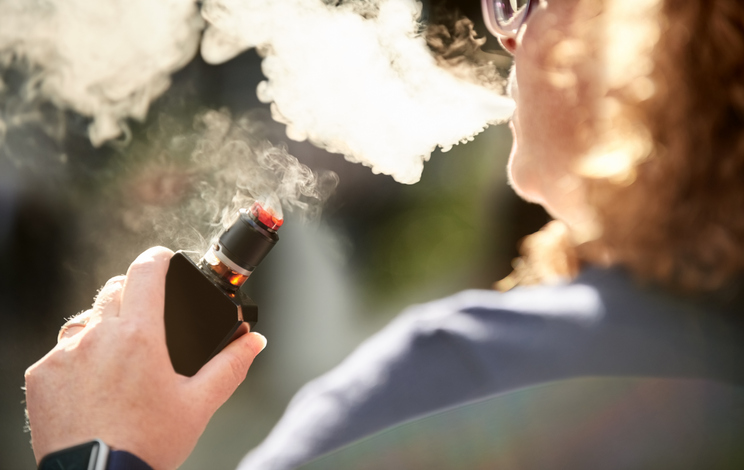 The number of people who vape in the UK has risen to its highest level since records began while the number of UK adults who smoke has fallen below 14 per cent for the first time in years, according to just released Government figures.

The Office for National Statistics (ONS) has published its annual report into smoking prevalence in the UK which includes figures on the number of adults who vape, just one month after the Department of Health’s announcement that vaping devices could soon be prescribed to smokers on the NHS.

In 2014, when data on the number of UK vapers started being collected, 3.7 per cent of the population reported using e-cigarettes. In 2020 that had risen to 6.4 per cent, equivalent to around 3.3m people.

The report also reveals that the number of adult smokers in the UK currently stands at 13.8 per cent of the population – its lowest percentage since at least 2015.

However, according to the ONS monthly data, smoking rates rose sharply during the pandemic and national lockdown to a peak of 16.3 per cent in August, before slowly decreasing to 13.8 per cent by the end of 2020.

“While this rise in smoking prevalence during lockdown could be attributed to increased anxiety because of the pandemic, I would also point towards the fact that speciality vape shops were not granted ‘essential retail’ status and therefore had to close their doors as another significant contributing factor,” said John Dunne, Director General of the UK Vaping Industry Association.

The UKVIA led a national campaign to keep speciality vape shops open throughout the pandemic, arguing that not only would vapers turn back to smoking, but smokers looking to transition to vaping would miss out on the expert advice delivered in-store if these businesses were forced to close.

Turning to the ONS’s data showing the highest number of UK vapers since data collection on e-cigarette use started in 2014, John Dunne continued: “This is a hugely welcome announcement as everyone on the side of harm reduction knows that vaping is far less harmful than smoking – by as much as 95 per cent according to the former health protection watchdog Public Health England (now part of the UK Health Security Agency) – so more people vaping and less smoking can only be cause for celebration.”

John Dunne said: “What these figures tell me is that the powerful anti-vaping lobby’s best attempts to smear e-cigarettes’ effectiveness at helping people to quit smoking are simply not working.

“Vaping advocates, on the other hand, have the science, political will and, increasingly, the healthcare sector’s support for increased use of vaping to help smokers to give up their habits for good”.

He added: “This momentum is at long last cutting through the nonsense and misinformation about vaping to give consumers the confidence they need to take that crucial step towards transitioning away from smoking combustible tobacco.”