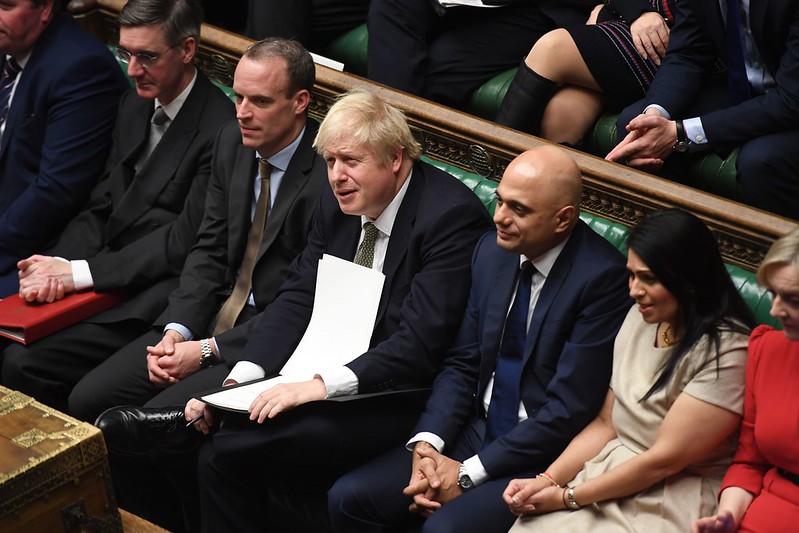 Parliamentary copyright images are reproduced with the permission of Parliament

Regulation on e-cigarettes will likely decrease after the UK has left the European Union, a senior figure in the vaping industry has said.

Nick Geens, Head of Reduced Risk Products at JTI was speaking in an exclusive interview with Vape Business to be published online and in Asian Trader on 17 January.

t looks more likely now that Brexit will take place with the recent election results,” Geens said. “I am sure it is not going to be the very first priority for the new government, but they have given signs that once Brexit is in place that the UK government would be willing to look into softening the regulations on vaping.”

An advertising ban on nicotine-containing e-cigarettes has been in place since 2017 and a recent ruling by the Advertising Standards Authority (ASA) extended this to paid promotions.

Geens said: “There are certain bodies and authorities out there who seem to be waging war against nicotine altogether, which is not always justified, because there is evidence out there to suggest that there is a significant potential benefit of reducing risk for consumers in products that still contain nicotine.”

In what would be an almost unprecedented sign of deregulation for nicotine-containing products, Nick Geens thinks promoting harm reduction products could soon be made legal again.

He said: “We expect [the UK government] – mostly in terms of communication and advertising – to loosen up on the regulation because the UK authorities are clear in their belief in the [reduced risk] potential of vaping products… If we get Brexit done and we get on to normal regulation again, we can also close the loophole of unregulated zero-nicotine liquids and bring some consolidation to the market.”