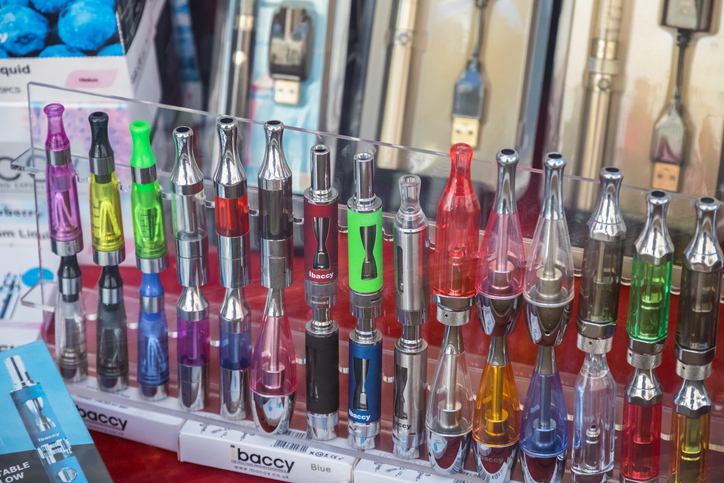 Police and trading standards in Sparkhill in Birmingham were on a campaign to warn store owners of the dangers of selling e-cigarettes to under 18s after a pupil was caught selling vapes to fellow students, stated local reports.

Under the campaign, police and trading standards officers teamed up with pupils from Moseley School and Sixth Form to visit the local stores to issue the warning. Some of the shops visited as part of the campaign included Super Wines, Top European Market, Naga Food Store and Zak Food Store among many others.

“The idea is to speak to shop owners about the harms of selling vapes to those under the age of 18 and they play a part in protecting our community,” reported quoted Sergeant Hanif Ullah as saying.

“It’s important this message is sent out to the community and particularly those selling vapes. They are harmful and it’s misunderstood that they are harmless but they have nicotine and cause you to become addictive.

Meanwhile, a trading standards officer from Birmingham City Council said that since there has been an increase in sales of vapes or e-cigs in recent years, retailers should be aware of not selling vapes to under 18s, just like cigarettes or alcohol.

One of the Year 11 student, who was a part of the police-run campaign, told Birmingham Live that people under many residents under the age of 18 are managing to get their hands on vapes.

“I know a lot of people who smoke vapes and sell vapes too,” he said.

Although it is illegal to sell vapes anyone under the age of 18, there have been reports of youngsters using disposable vapes, called ‘geek bars’, prompting fears they could get hooked on nicotine from a young age.