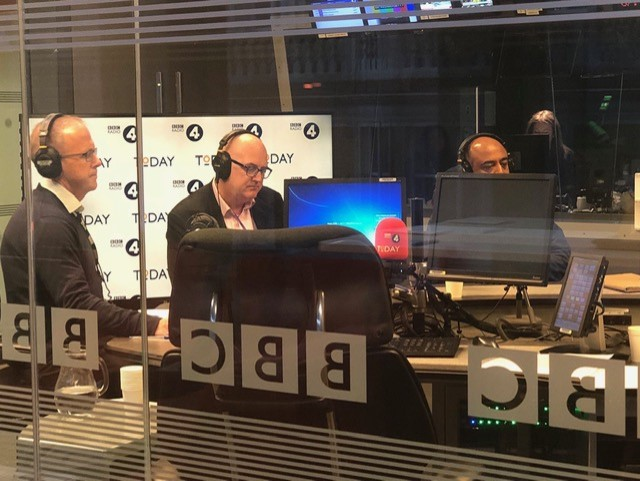 John Dunne, director of the UKVIA, speaks to the BBC about vaping last year

The UK Vaping Industry Association (UKVIA) says the findings of the latest Public Health England (PHE) evidence review into vaping in England, are a “defining moment” for the vaping industry and its contribution to public health across the country.

In every region of the country, quit rates among adult smokers were found to be higher with the use of vaping than other products, ranging from 49 percent success in the South West to 78 percent in Yorkshire and the Humber.

Meanwhile, PHE states that use of nicotine replacement therapies, such as patches, among long-term former smokers is declining, while the use of vaping products increases. Citing data from Action on Smoking and Health (ASH), the review highlights that the most common reasons given for vaping were to quit combustible cigarettes (29.7 percent), stay off cigarettes after quitting (19.4 percent) and to reduce tobacco consumption (11.2 percent).

John Dunne, director of the UKVIA said: “This latest data, which the review is based upon, provides incontrovertible evidence as to the importance of vaping to successful smoking cessation and the nation’s public health.

“Despite the many positives in this report a great deal remains to be done. Action on Smoking and Health, for example, has found that just 11% of local authority stop smoking services are offering vaping products to some or all of those trying to quit smoking. With the clear efficacy of vaping evidenced in this report, we must ensure this figure grow.”

Dunne says that the new evidence was well timed as the industry takes part in a consultation on changes to vape regulation post-Brexit.

“As an industry we also share PHE’s views on stronger enforcement in preventing underage sales,” Dunne said, adding: “In our response to the Government’s TRPR consultation, which we will be publishing shortly, we call for fully-funded regional and national test purchasing schemes to better understand compliance and to help educate retailers on their legal requirements.”