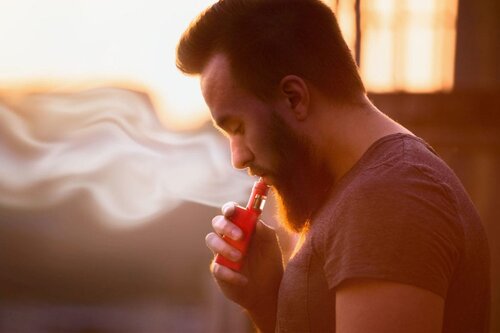 A group of doctors, health experts and campaigners have criticised the government for not doing enough to meet its own smoke-free target by 2030 – and backed vape and other nicotine products to be an essential part of the solution.

“Although we are a world leader in tobacco control, the current rate of decline in smoking is insufficient to deliver the ambition,” the experts warn.

The letter is signed by leading tobacco control experts including Dr Nicholas Hopkinson, chairman of Action on Smoking and Health, Jennifer Dixon, chief of the Health Foundation and Professor Helen Stokes-Lampard, chairwoman of the Academy of Medical Royal Colleges and eight other figures.

The letter points to the government ambition to reduce smoking to below five percent of the population by the end of the decade but says that the policies aren’t in place as it stands to deliver on this goal:

“Despite acknowledging that it would be “extremely challenging,” there is still no sign to date of the “bold action” the government promised to deliver this crucial public health objective,” the letter said.

The authors specifically note the role of vape and next generation nicotine products as among a number of tools and strategies the UK can use to reduce its smoking rates: “This includes smokers quitting or moving to reduced risk products like e-cigarettes”.

While the government has a long-term stated ambition to reduce smoking rates by 2030, the letter says achieving this goal would also feeds into the UK’s wider push on healthier living:

“Delivering the smoke-free ambition would play a major role in achieving government manifesto commitments to increase healthy life expectancy by five years by 2035, while reducing inequalities and levelling up the nation. The blueprint to achieve this is laid out in the All-Party Parliamentary Group on Smoking and Health’s recommendations for the forthcoming Tobacco Control Plan, which we all endorse.”