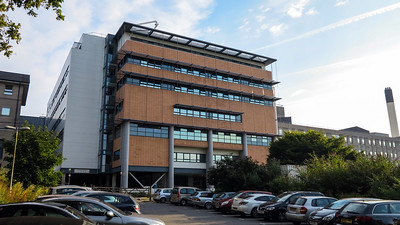 Devon’s largest hospital is the latest institution to change its policy on vaping as it looks to encourage smokers to finally kick the habit.

According to the BBC, health managers at the Derriford Hospital rethought its policy which had seen all forms of smoking banned from its premises in 2016. The hospital will now be known as ‘tobacco free’ rather than ‘smoke free’.

Public Health England, which backs the move says painted lines and signs “will clearly define the point at which smokers are requested to extinguish their cigarettes” and where they can vape.

“There is no situation where it would be better for your health to continue smoking rather than switching completely to vaping,” said Professor John Newton, director of health improvement at PHE.

“The sooner you stop smoking completely the better.”

“We are alert to the risks and the UK has taken a careful approach to maximise the opportunities that e-cigarettes present to help more smokers quit.”

Last month, Action on Smoking and Health (ASH) and Cancer Research UK joined forces, releasing a report that called on local authorities to provide free e-cigarettes to those wanting to quit.

It appears best practice examples such as this are both on the rise and are likely to spread. How is your local community helping smokers to make the switch? Let us know by emailing tom.gk@amg.biz.