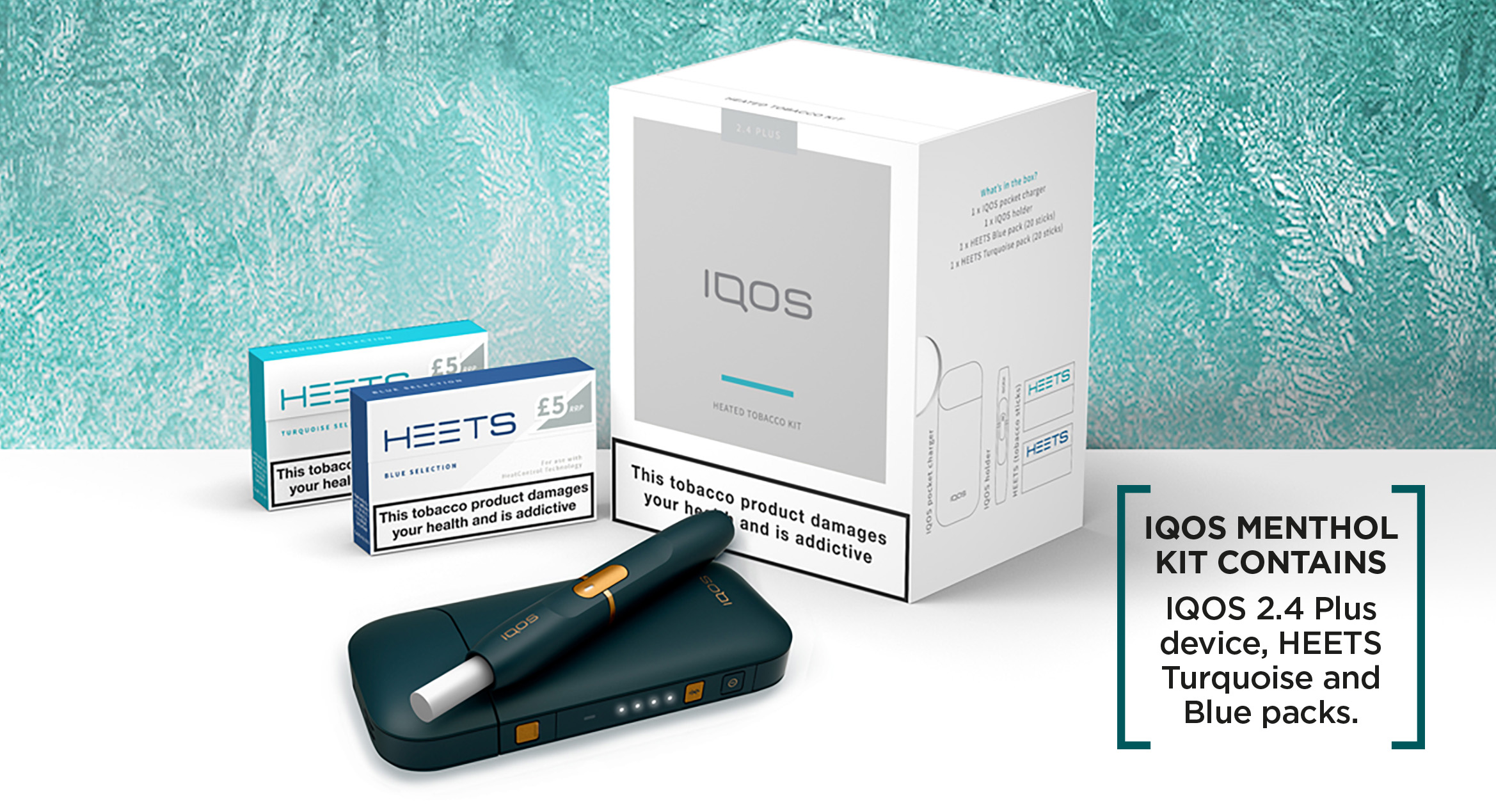 The menthol ban on 20 May – only nine weeks away – will effectively outlaw sales of menthol cigarettes across the EU and also in the UK.

With that in mind, Philip Morris Limited (PML) today announced the RRP on its new IQOS Menthol Kits.

PML’s IQOS heat-not-burn (HNB) system is claimed to remove 95 per cent of harmful chemicals found in cigarette smoke, and accomplishes this by heating specially-formulated HEETS tobacco sticks to 350 degrees without igniting them.

So far HNB technology, designed to be closer to the traditional smoking experience than vaping and delivering real tobacco taste and satisfaction, has not been high profile on the UK scene, representing only one per cent of the market.

But that is changing, and in London the figure for HEETS has already doubled to almost two per cent of the total cigarette sales. PML has been trialling the IQOS system with retailers in Bristol and claims great success and uptake of the products. “Since July of last year we have tripled our volumes,” revealed Peter Nixon, MD of Philip Morris Ltd.

Outside of the UK and across the globe, heated tobacco already has 70 per cent of the e-cigarette market by value and makes up 20 per cent of PMI’s net global revenue: the company decided in 2016 that it would work towards becoming completely “smoke free”.

“We have 14 million people who have bought IQOS now around the world and we are in 52 countries, with a new country opened to IQOS almost every month,” said Nixon, adding that world sales of HEETS increased by 44 per cent between 2018 and 2019.

Now, with the imminent nationwide menthol ban, PMI is launching a special IQOS Menthol Kit to allow menthol cigarette smokers to experience and adopt the HNB alternative before their menthol tobacco is snatched away.

One IQOS 2.4+ device and two packs of menthol tobacco HEETS (one mild and one a little stronger menthol) will be included in the Kits and the RRP is £39 when customers register their device. In addition, there is an attractive introductory offer for the retailer.

PML’s research found that over half (51 per cent) of menthol smokers said they would switch to IQOS when menthol cigarettes are no longer available. “The thing that we are most proud of and which is really important when we look at IQOS, is how many people can stop smoking with it,” said Nixon. “About 20-30 per cent of people can switch from cigarette products to vaping, but with IQOS what we find is around 80 per cent can stop smoking.”

Retailers can sign up to the retailer Menthol Hub (https://www.menthol-ban-retail.co.uk/) for the opportunity to stock the kits and receive the latest information on the buy-back scheme offered by PML.