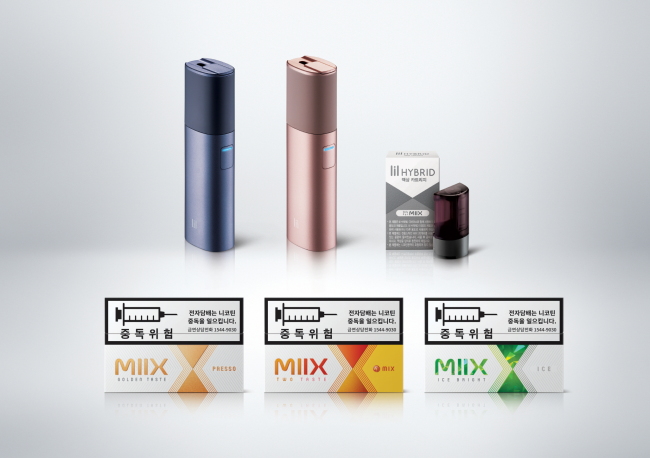 Philip Morris International (PMI) has gained the international distribution rights to a second heat-not-burn device, it has been announced.

According to a report in the Korea Times, the company has reached agreement with Korean manufacturer KT&G to export its Lil devices, which include both heated tobacco and heated cartridge technology as well as a vaping system.

The agreement includes Lil Hybrid, launched in 2018 as the first heat-not-burn system that doesn’t directly heat tobacco sticks. Instead, liquid cartridges known as Miix are heated to a lower temperature of 160°c. The flavouring-free cartridges come in Presso, Mix and Ice variants. Miix cartridges are only compatible with the Lil Hybrid system.

At the time of launch, KT&G’s chief of product innovation division, Lim Wang-seob said: “Our previous HNB tobacco devices – Lil Mini and Lil Plus – had received consumer feedback that the taste needs to be improved. That’s why we came up with our exclusive and new platform called Lil Hybrid”.

The deal will also include KT&G’s lil Plus and lil Mini heating devices and lil Vapor flavoured vaping device with an “undisclosed royalty” from PMI.

It has not been made public which markets will be the first to see the devices on shelves, but the US will not be included due to regulatory obstacles.

In the UK, IQOS remains the sole heat-not-burn system on the market but Korea has a number of systems available and is one the world’s biggest markets. Worth $1.67bn US dollars, it remains one of the fastest growing too.

At the deal’s announcement Wang-seop said: “The brand awareness of Lil and IQOS are at par in Korea, but IQOS is in the superior position in global markets. Also, our overseas sales infrastructure is not as well established as that of PMI, so we believe the collaboration of our products and PMI’s infrastructure has advantages both in terms of cost and profitability.”

Philip Morris CEO Andre Calantzopoulos said: “We are able to bring PMI’s resources, knowledge and infrastructure as we leverage KT&G’s smoke-free products. Our agreement will benefit adult smokers by providing a wide array of better choices.”