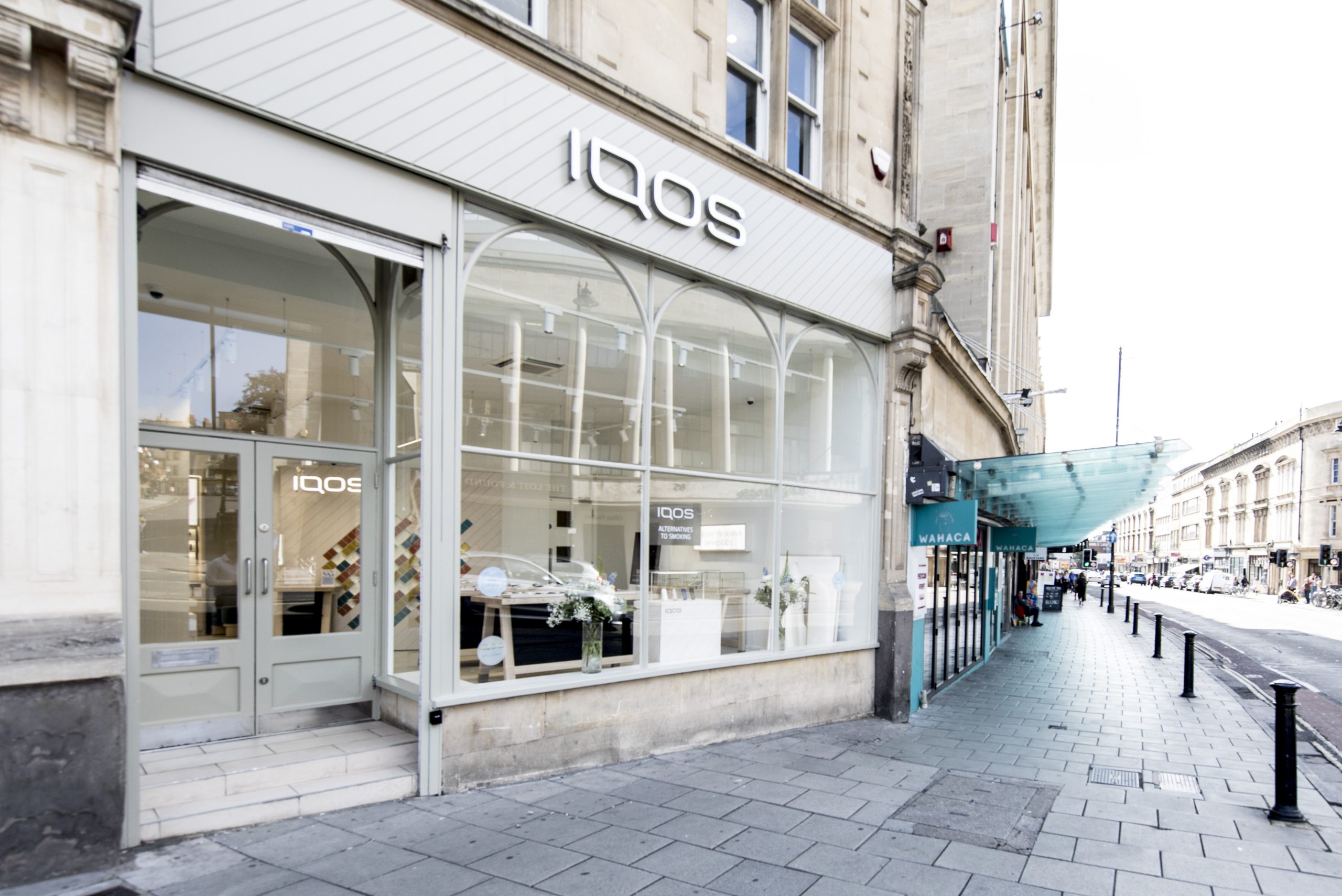 One of Bristol's four IQOS stores in Bristol

Cigarette sales should be banned in the UK by 2030. This is not the opinion of an anti-tobacco charity but the view of Philip Morris chief executive Jacek Olczak who, in an interview with the Sunday Telegraph, reaffirmed that the business wants to “see the world without cigarettes.”

Olczak went further saying “the sooner it happens, the better it is for everyone”. Cigarettes should be treated like petrol cars, the sale of which is due to be banned from 2030, he added.

While many smokers still believe – wrongly – that alternatives to smoking are as bad or worse that their current habit, Olczak said that government action would end this confusion. He told the newspaper: “Give them a choice of smoke-free alternatives … with the right regulation and information it can happen 10 years from now in some countries. You can solve the problem once and forever.”

The company revealed its most recent set of results last week which showed a six-month growth in heated tobacco sales of 50.2 percent. From 2020 to 2021, second quarter growth was at an even more impressive rate of 63.7 percent.

It has also announced that the second generation of its IQOS heated tobacco system is now rolling out globally. IQOS Iluma uses induction technology to heat tobacco ad is “simple and intuitive,” according to Olczak.

And Philip Morris has also made the clearest signal yet that it will move into the fast-growing oral nicotine market with the acquisition of pharmaceutical firm Fertin Pharma.

Talking through the results with journalists, PML’s chief financial officer, Emmanuel Babeau, said: “Fertin has a range of promising oral delivery technologies, including pouches, gum and lozenges which can be applied in both the modern oral nicotine and beyond nicotine areas – notably for selfcare wellness products.”

Philip Morris International (PMI) has previously said it wants half its turnover to come from non-smoking products as it morphs into a “healthcare and wellness company” with executive pay tied to its new mission to “unsmoke the world” by phasing out cigarettes.