People discriminated against for vaping at work, claims study 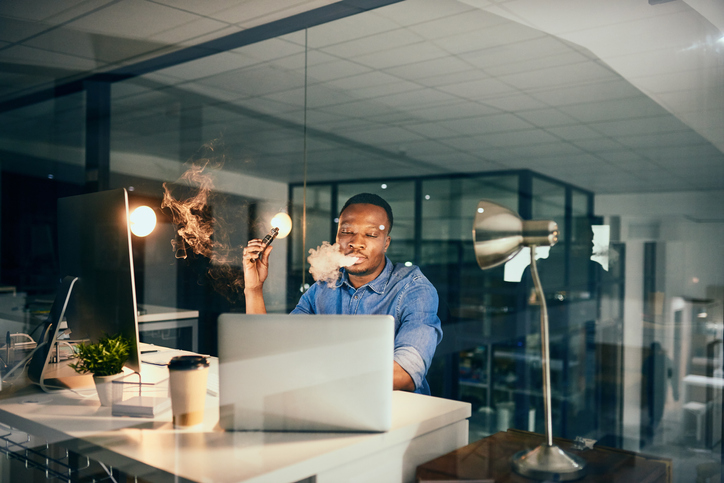 Some vapers in the UK feel anxious about returning to work due to workplace vaping restrictions and discrimination, says a recent study.

As per the report by vape retailer E-Cigarette Direct, dozens of people say they have been fired, bullied and discriminated against due to their vaping habit.

One in five experienced negative reactions from colleagues due to their vaping, with 44 reporting bullying and 13 saying they were fired, said the study based on a survey of 2,000 vapers.

James Dunworth, chairman of the firm, said, “It is quite shocking to learn people have actually lost their jobs due to vaping.”

He expressed concern over individuals’ “health and happiness” in the workplace, adding: “We spend at least a third of our waking lives at work.”

Vaping indoors is legal, but the study found that 75 per cent of vapers are not allowed to vape at work, unless in dedicated smoking areas.

The study’s findings come at a time when the government’s announcement that England may become the first country to prescribe e-cigarettes.

The Medicines and Healthcare products Regulatory Agency (MHRA) updated its guidelines last month, opening the door for medicinally licensed e-cigarette products to be prescribed by NHS to those looking to quit smoking.

E-Cigarette Direct said this contradicts the Public Health England guidance that “vapers should not be required to use the same space as smokers, as this could undermine their ability to quit smoking and stay smoke-free”.

Half of those surveyed by the firm said they preferred to work from home due to vaping restrictions at work and 40 per cent said they would be more likely to stay in a role if they were allowed to vape in the office.

The study recommended that employers distinguish smoking from vaping in their policy and provide separate areas to vape to reduce the chance of staff relapsing to smoking.

Although the UK has been comparatively more receptive towards vapes, the same has been facing criticism, including from World Health Organisation director-general Dr Tedros Adhanom Ghebreyesus, who called it “highly addictive” and “harmful”.