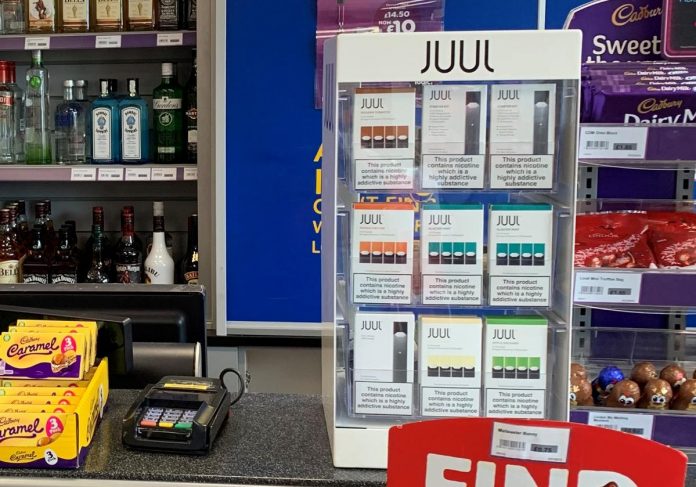 A nationwide survey of 1,023 Britons, commissioned by Juul Labs, reveals that almost half (46 percent) of smokers in the UK wanted to quit smoking at the start of January.

However, 68 percent of those looking to quit had already broken that commitment within the first week. Highlighting the impact of the UK’s latest lockdown measures, more than half (54 percent) of those who wanted to give up were now smoking more in January than they were this time last month.

The news follows findings of a separate Juul Labs-funded poll nationwide poll, which revealed almost half of British smokers have admitted they are now smoking more often while at home – particularly high earners.

Around 41 percent of smokers polled stated in September they were smoking more at home compared to the three months previous, prompting fears that passive smoking rates were rising in homes across the UK.

Juul Labs UK managing director, Dan Thomson said: “January is traditionally a time when smokers try to give up the habit. But our research has shown that seven in 10 smokers who have tried to quit have already resumed smoking, and over half are now smoking more than previously.”

“It’s a similar story with regards to working from home, which has potentially brought with it many advantages — including a better work/life balance — but has also made it far easier for employees to slip into old habits.

“These figures show that many adult smokers are not just working from home, but smoking from home too — and at far greater levels. Both employers and the government have a role to play if we are to ensure smokers are provided with the right information to help them transition off of cigarettes.”

The survey also revealed that ‘home smoking’ was most pronounced among high earners — with more than 50 percent of those earning £75,000 or more saying they were smoking more.

The ONS estimates there are 6.9 million adult smokers in the UK, suggesting that more than 2.8 million people are smoking more at home.

Secondhand Smoke, a study released by ASH (Action on Smoking and Health) last year, estimated that domestic exposure to second-hand smoke in the UK causes around 2,700 deaths in people aged 20 to 63 and a further 8,000 deaths a year among people aged 65 years and older.

“To be clear, Juul Labs as a company believes smokers should first and foremost quit,” Thomson added. “And those who have not successfully quit should completely switch to potentially less harmful alternative nicotine products.

“It is vital that every smoker is provided with the latest advice and support to help them give up cigarettes for good.”