Home Features & interviews Never a better time to switch: why this is vape’s moment to shine

Never a better time to switch: why this is vape’s moment to shine 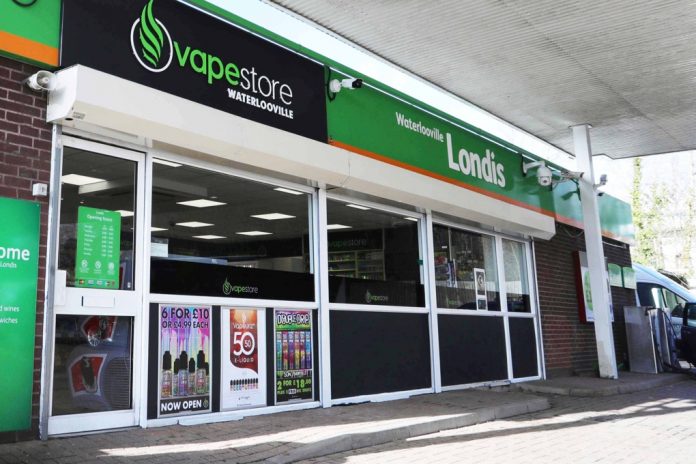 Has there ever been a better time to switch? Tom Gockelen-Kozlowski explores why this is the right moment to help your customers off the fags and on to vape for good

Imagine stocking a product that is capable of making your customers lives better, that takes away anxiety from their family and could prove – right now – the difference between life and death. You’re in luck because, with your range of e-cigarettes, that is exactly what you’ve got.

The reasons to switch from smoking to vape or heat-not-burn are numerous and will be brought into sharp relief as the menthol ban nears. There’s the general harm reduction compared with tobacco – just one benefit of a vape is the lack of tar going, daily, into a users lungs. There are the financial benefits – even more expensive vaping options are significantly cheaper that a £10-a-day cigarette habit. Then there’s the increasing acceptance of vaping which means vapers don’t need to go outside to vape. The smell. Of course, there’s the fact that these products can be menthol flavoured.

And then there is the coronavirus. At this point the medical science isn’t clear and it would be folly to give any definite pronouncements. But here is what we know: COVID-19 is a respiratory illness which, in its most serious sufferers has caused pneumonia, causing these patients to fight for breath to stay alive. Often this has needed to be with the aid of a ventilator.

It therefore follows that lung health will be key to the survival of individual patients and here is where vaping may come in. Public Health England continues to lead a growing consensus that vaping is 95% less harmful than smoking traditional combustible cigarettes.

Understandably, in a crisis, the news isn’t always clear and it’s been widely reported that in some countries smokers have been under-represented among sufferers, leading the French government to trial nicotine as a treatment. Yet, charities are urging smokers not to take the wrong message from these stories.

Independent scientists have described the low prevalence of smokers among COVID-19 sufferers as “interesting” and even suggested that there may be an as-yet-unidentified protective component in cigarette smoke causing this. However, it is also becoming clear that when smokers do contract the disease their outcomes are significantly worse.

“If people already have a smoking-related disease, we know they are going to get worse outcomes from Covid-19,” Professor Linda Bauld from the University of Edinburgh told media this week. “There has never been a better time to quit smoking in the face of a respiratory pathogen like Covid-19,” adding “nicotine might be an interesting medicine to investigate to see if it helps among other treatments.”

Doctors, scientists and political figures have therefore been united in telling smokers that now is a perfect time to quit smoking for good. And when it comes to messaging to smokers – and to the public at large – there have been some steps forward, which have been welcomed by the industry.

Doug Mutter, director of VPZ says: “The impact of COVID-19 has brought more attention to personal health and in particular lung health. We have seen campaigns from public health England such as QuitForCOVID which has been helpful in focusing on smokers and how to quit, but we need more of these types of educational campaigns and the industry needs to be given opportunity to shout about them to enable a further reach to the general public.”

A potential sign of the success of such messaging has been seen among vape businesses across the UK.

Oxford Vapours, which has three stores in the city, has turned to e-commerce to keep local vapers supplied with products and seen a 250% increase in online orders.

Dan Greenall, founder of the business, says: “We have transferred all stock from the stores to our warehouse in order to have enough to meet online orders from existing and new customers.

“We’re also using Facebook and email to support our customers with any advice. I’ve also learned a lot about my own business as I have been picking and packing orders in the warehouse. It’s opened my eyes to new opportunities in the future.”

One firm, Electric Tobacconist has opened up a new warehouse to deal with demand, providing staff with flu respirator masks during shifts to ensure their safety.

Evapo, which has 37 shops in the UK in Bristol, London, Leicester and Birmingham, has doubled the size of its customer service team to handle increased online enquiries and is now operating its warehouse over weekends to cope with the upsurge in online volumes.

John Dunne, director of VApril’s organiser, the UKVIA, said: “The huge response from the vaping sector to turn things around in a matter of weeks so that vaping products are available to people across the country represents a monumental effort and reflects the entrepreneurial and agile nature of the sector.”

Yet, he also acknowledged the vital role played by independent retailers during the crisis: “Vapers and smokers should also not forget that supermarkets and corner shops remain open and will be selling vape products.”

And right now the role of local shops is vital because any smoker concerned about their respiratory health who wishes to take that step towards a less harmful nicotine product will want to discuss the options available to them, learn how products work. Local shops will be often the only place this is available.

Dunne says: “While vapers and smokers have been able to turn to online shopping we are very aware that for many there is a desire to speak to face-to-face about their situations and vaping needs. We’ve already seen MPs writing to Government to point out the key role that physical stores play in providing specialist advice to customers and to ensuring that the country meets it smoke free goals.”

Unfortunately, this push to encourage smokers to switch to vaping comes after a crisis in confidence in the industry after a year of negative headlines and dubious studies which were released in the aftermath of the EVALI crisis in the US in which illicit cannabis vapes caused a chronic lung condition among thousands of vapers.

The US regulator the CDC has now acknowledged that mainstream nicotine vapes were not responsible for EVALI but not before the mud had stuck. Public Health England decried the effect of incorrect media reports about vaping’s safety in the UK as creating “false fears” among smokers. The proportion of people who thought vaping was a safer alternative to smoking went down from 45% in 2014 to 34% in 2019.

Every manufacturer agrees that last year was a tough one for the trade and 2020 – with the menthol ban and a slew of new launches – was supposed to be the moment this changed.

Coronavirus has made this more complicated and even before the arrival of the virus it was clear that stores couldn’t count on smokers automatically switching with out guidance from stores. Philip Morris research shows that only 15% of menthol smokers say they will use the ban to quit smoking. The majority of menthol smokers will seek a new nicotine delivery product, and 25% have said they’ll simply switch to non-mentholated cigarettes.

That means 60% of menthol smokers will be up for grabs but facing a huge array of products from menthol-flavoured cigars to non-tobacco pouches and, of course vaping and heat-not-burn. After the troubles of 2019, vaping – in particular – will need advocates behind the counters of stores if the category is to take its share.

Every store owner wants the best for their customers and by focusing on range, staff training and customer service (however difficult this might be right now) it’s possible to ensure that this group of smokers choose to step away from tobacco one week on Wednesday.

Retailers have been proving themselves to be heroic in many ways in recent months. Here is one more opportunity to shine.