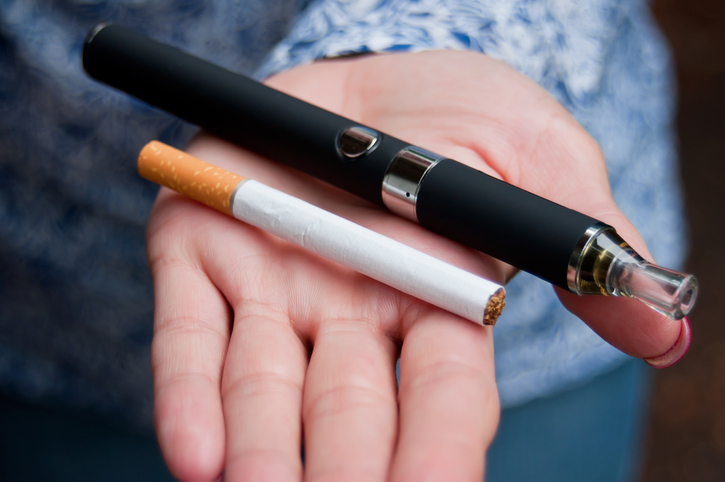 The updated guidance for e-cigarette firms seeking a medicinal licence for their products has been welcomed by trade bodies health leaders, clinicians and tobacco experts.

The Medicines and Healthcare products Regulatory Agency (MHRA) has published the updated guidance that paves the way for medicinally licensed e-cigarette products to be prescribed on the NHS in England for tobacco smokers who wish to quit smoking.

Commenting, Sir Norman Lamb, former health minister and Chair of the Science and Technology Select Committee said: “As an MP I chaired a select committee inquiry into e-cigarettes which concluded that there would be significant benefit to having medicinally licensed e-cigarettes which could be prescribed. Our committee was particularly concerned about the need for more effective help to quit for those with mental health problems, who have much higher than average smoking rates.

“I look forward to seeing the first licenced e-cigarette on sale, I am convinced this will be a game changer.”

John Dunne, Director General of the UKVIA, said the government deserves “huge praise” for the decision.

“There is a good case too for NHS and other healthcare professionals to take a lead in helping their patients to use e-cigarettes to quit smoking, and we have repeatedly called on the government to make access to vaping much more accessible through smoking cessation services,” he added.

UKVIA has recently launched a campaign to engage with every NHS trust in the UK to offer help and guidance on how vaping can be used in the best way possible to help people in their quit journeys.

Welcoming the announcement, Mary Glindon, MP for North Tyneside and Vice-Chair of the APPG for Vaping, said: “It demonstrates a huge vote of confidence in the role vaping can play to significantly reduce health inequalities attributed to smoking.

“There is still much more to be done to achieve a smokefree society, but today is a good day for public health. I eagerly await the publication of the new Tobacco Control Plan for further positive measures.”

The NHS has already been trialing giving e-cigarettes to smokers attending A&E departments in some UK hospitals, and the National Institute for Health and Care Excellence has just concluded a consultation on new draft guidance for healthcare workers that places vaping on a par with other nicotine replacement therapies.

Deborah Arnott, chief executive of ASH said the MHRA guidance opens the door to a day when smokers can be prescribed e-cigarettes to improve their chances of successfully quitting.

“Smokers find it hard to quit, taking on average 30 attempts to succeed which is why we need new tools in the toolbox, such as medicinally licensed e-cigarettes. Consumer e-cigarettes bought over the counter are proven to be the most successful quitting aid, but nearly a third of smokers have never tried them, and a similar proportion believe, wrongly, that e-cigarettes are as, or more harmful, than smoking,” Arnott noted.

“These are the smokers who are more likely to try vaping if they had the reassurance provided by a medicines licence and products which are available on prescription.”

Professor Alan Boobis, Chair of the Committee on Toxicity, added that using an e-cigarette that meets current consumer standards will be a lot less harmful than smoking cigarettes.

“Smokers trying to quit can try vaping, without waiting for a medicinally licensed product to go on sale before doing so. However, licensed vaping products will have to meet a defined standard set by the medicines regulator, the MHRA, and in return they will be available to clinicians to prescribe to their patients, which will be an important step forward,” he said.

Prof Boobis revealed that consumer e-cigarettes bought over the counter are already proven to be an effective quitting aid, with an estimated 50,000 smokers in England stopped smoking with its help in 2017.

“In a stop smoking service setting, where smokers also get behavioural support from clinicians, those randomised to e-cigarettes were found to nearly double their chances of successful quitting compared to those assigned nicotine replacement therapy,” he explained.

“However, until there are products with a medicinal licence which can be made available on prescription their potential will not be fully realised.”

Dr Paul Aveyard, GP and Professor of Behavioural Medicine at Oxford, said: “Having a prescribable e-cigarette will enable doctors to encourage their patients to use them and increase smokers’ chances of successfully quitting.

“This new guidance demonstrates that the MHRA recognises the value of licensed e-cigarettes as a quitting aid, and I hope it will encourage e-cigarette companies to apply to the MHRA for licences for their products.”

Professor Nick Hopkinson, consultant physician at the Royal Brompton and medical director at Asthma UK and the British Lung Foundation, added: “Most of the people that I see in clinic have lung disease which is caused and worsened by smoking. Despite this many still smoke, trapped by an addiction which for almost all of them began in childhood.

“There is already good evidence that commercially available e-cigarettes enable people to switch away from smoking to a much safer alternative.

“However, the development of medicinally licensed e-cigarettes would be a really important step forward, providing patients and healthcare professionals with an additional tool to break dependence on smoking, backed up by the reassurance that comes from a rigorous authorisation process.”