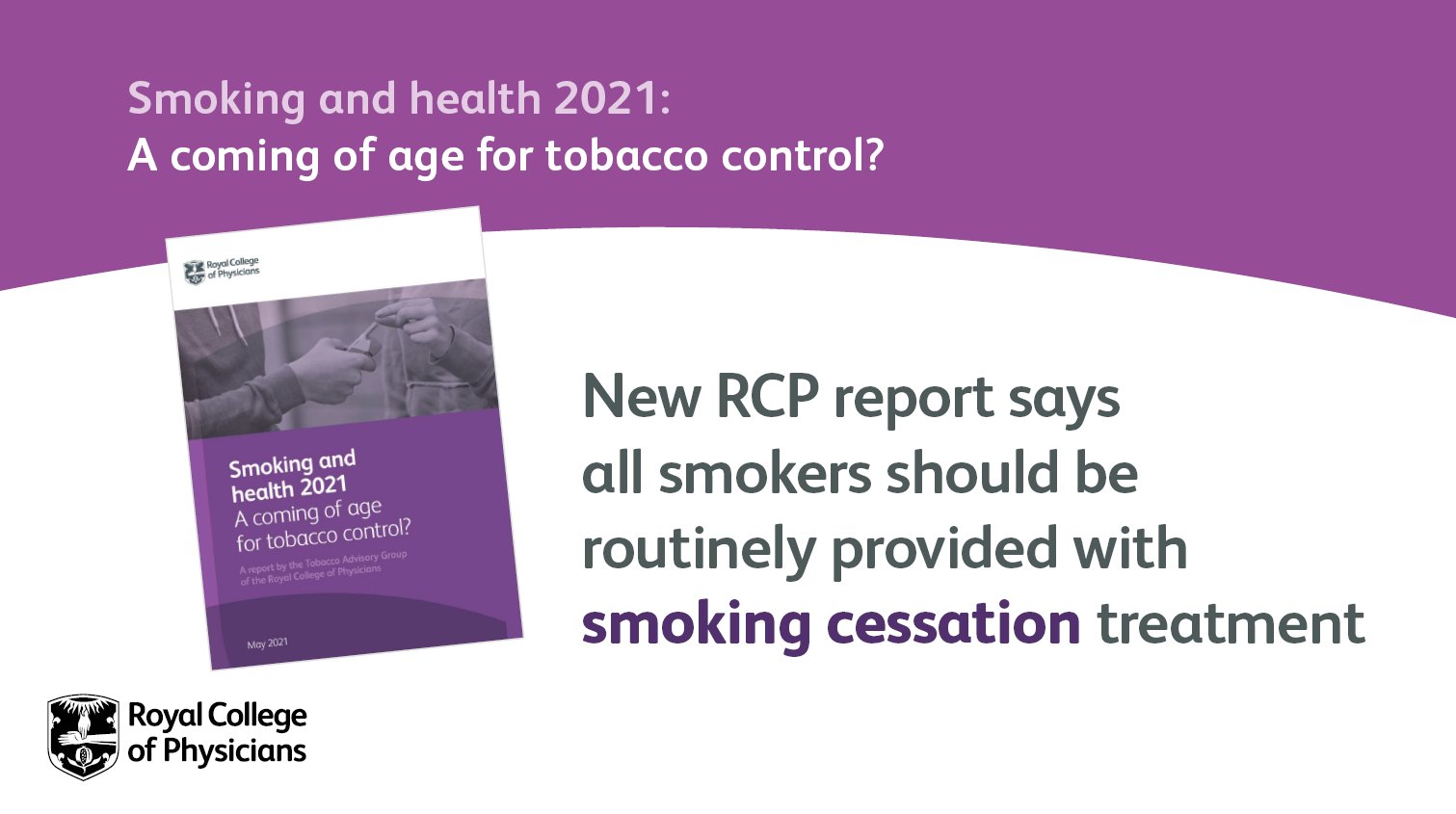 A series of recommendations from the Royal College of Physicians on nicotine product regulation, tobacco taxation and the promotion of health have been welcomed by the vaping industry.

The report, titled ‘Smoking and health 2021: A coming of age for tobacco control?’, recommends a pivot towards harm reduction with tax hikes on tobacco products to be accompanied by a zero rate of tax for medicinal nicotine products and a five percent rate on non-tobacco nicotine products such as vape and pouches. The report also recommends vaping – which does not create the risks associated with passive smoking – be considered for use in more public indoor spaces.

Meanwhile, the report also suggests using product regulation of non-tobacco nicotine products to encourage more smokers to make the transition away from tobacco, while maintaining safety.

The report states that non-tobacco products are currently regulated “inconsistently and disproportionately” in comparison with tobacco products. It says:

“A rational approach to regulating nicotine products would aim to minimise the uptake of nicotine use among nonusers, particularly children; promote complete cessation of nicotine use among current users wherever possible; and encourage as many current smokers as possible who choose or otherwise fail to stop using nicotine to reduce harm by switching from smoked tobacco to less hazardous products.”

In an introduction to the report, Sanjay Agrawal – chair of RCP Tobacco Advisory Group and Professor of Respiratory Medicine, University of Leicester – described tobacco smoking as a “blight on health and society”:

“Health measures are not enough on their own, and the report contains recommendations on reforming tax policy, eradicating media promotion of smoking, prioritising the treatment of tobacco dependency, realising the potential of comprehensive public health campaigns to promote quitting, raising the legal age of sale for tobacco products, and silencing the voice of the tobacco industry.”

The report also provides qualified backing to Philip Morris, manufacturer of heated tobacco brand IQOS’s, to be allowed to add inserts into its Marlboro product range, recommending smokers switch to its non-combustible portfolio.

“This report by the Royal College of Physicians offers some important positive suggestions on reducing smoking levels and improving public health rates for the UK’s 7 million smokers. The UK is seen as a world leader in vaping. Therefore, I hope the Government takes note of the key recommendations in this report to build on this success; not least the suggestions about better promoting the take up of e-cigarettes for smokers by challenging and correcting the misrepresentation about the relative harms of vaping and removing vaping from smoking restrictions in public places.”