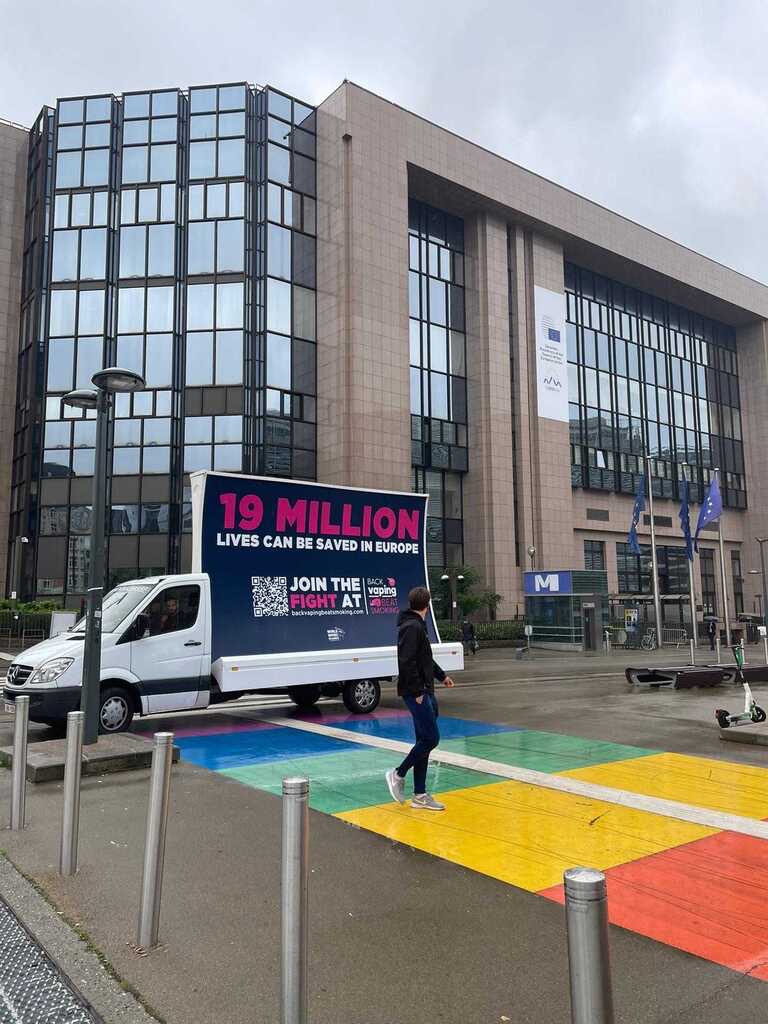 The World Vapers’ Alliance, global body supporting consumers rights in the vape category, has unveiled a new graffiti mural outside the European Parliament at the European launch of its international ‘Back Vaping. Beat Smoking’ campaign.

The campaign is designed to highlight the opportunity for 19 million lives to be saved in Europe with the right policies to beat smoking, including more vape-positive restrictions. The launch was attended by a number of vapers around Europe and MEP Peter Liese.

Michael Landl, Director of the World Vapers’ Alliance said: “Vaping has the potential to save 19 million lives in Europe. Tomorrow, the Beating Cancer Committee in the European Parliament (BECA) meets to discuss proposals to reduce the harm caused by smoking tobacco. They have the opportunity to make history and save lives IF they back vaping as a tool to beat smoking. Our message to them is clear – choose science and save lives”.

This report comes at the start of a pivotal year for vapers and public health in Europe. Over the next year, EU policymakers will review the EU’s main legislation on tobacco, the Tobacco Products Directive (TPD). The approach these laws take to vaping will have a huge impact on public health for years to come, in Europe and around the world.

The ‘Back Vaping. Beat Smoking’ campaign mural will be on show at key locations around Brussels, including at the European Parliament, the European Commission, the Atomium and the Palace of Justice. After the Brussels launch, the campaign will visit cities around Europe to encourage vapers and politicians to stand up and take action.

Landl said: “2021 is a critical year for vaping. We came here today to highlight to MEPs the importance of vaping to fight smoking. We are bringing our message to the EU’s front door, to ensure that every policymaker understands that 19 million lives are on the line. The best way we can beat smoking is to promote vaping as part of public health policies.”