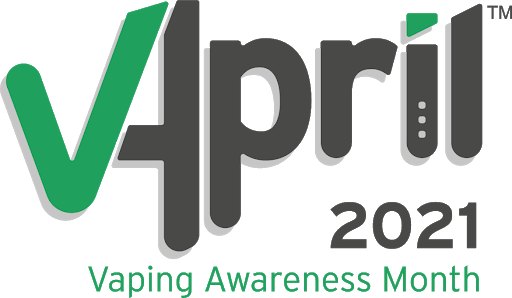 A former smoker and long-term vape user has called on more smokers to take advantage of this month’s vape campaign to quit smoking for good.

Chas Barr said: “I began vaping fully around six years ago. I had previously tried different nicotine substitutes without success. When e-cigarettes came on to the market, I found that vaping was the most effective for me and easy to adapt to. I’ve helped several friends and family members also switch to vaping. It really is very easy. I would recommend that smokers use the opportunity of VApril and find out what they need to make the switch from smoking.”

The campaign launched last week and due to the continuing restrictions placed on non-essential retailers, this year’s campaign is the second in a row to be focused on online activity. Among events to launch the campaign was a discussion between leading experts including John Dunne, director general of the UKVIA, Mark Pawsey MP and chair of the All-Party Parliamentary Group for Vaping, Patricia Kovacevic, global legal and regulatory strategist at Andina Gold Corp and Clive Bates director of counterfactual consulting and former director of Action on Smoking and Health (ASH).

Topics of discussion centred around the repercussions of the pandemic on the vaping industry and vapers; how the sector moves on from the events of the past 12 months; a regulatory review of this year and how COP9 can be a defining moment and accelerate the shift towards a vaping driven smoke free society; addressing the misperceptions of vaping which are deterring adult smokers from making the switch to less harmful alternatives; and the opportunity for the VApril campaign to take the mantle and make smoking in Britain a thing of the past in the future.

The VApril campaign has also received backing from a growing number of parliamentarians. Mary Glindon MP, vice chair of the All-Party Parliamentary Group for Vaping, said:

“The UKVIA’s VApril campaign to encourage adult smokers to switch on to e-cigarettes is an excellent example of efforts taken by the industry to support ambitions for a Smokefree society. Adult smokers in the UK should seriously consider trying e-cigarettes, and there is no better time to do so than during VApril. As non-essential retail resumes on 12 April, vape retailers are well equipped to support smokers, offering expert advice to ensure a successful quit attempt.”