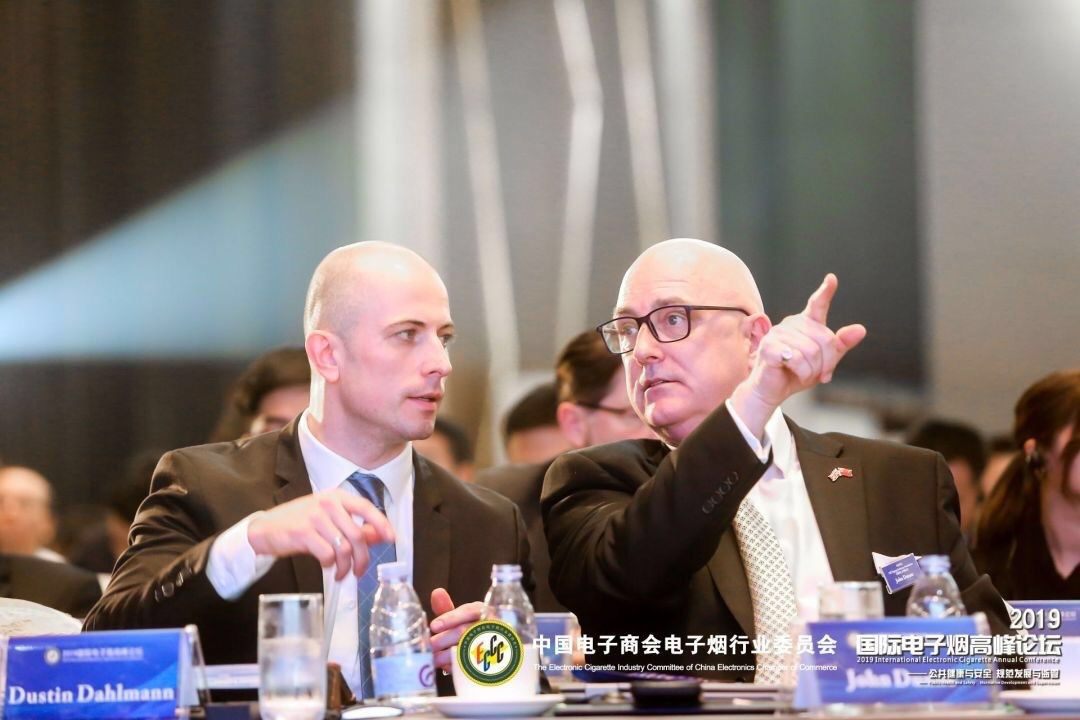 John Dunne, director of the UK Vaping Industry Association, tells Tom Gockelen-Kozlowski how he has spent the last year fighting against the scare stories which have surrounded vaping

“We monitor consumer perspectives on vaping and have found that a large number of shoppers think vaping is as bad or even worse than smoking – which is not the narrative that anyone wants.”

John Dunne, director of the UK Vaping Industry Association, has spent much of the past 12 months in the media – patiently explaining why the cases of EVALI (e-cigarette or vaping associated lung injury) in the USA, shouldn’t stop smokers transitioning to a product that’s 95 per cent less harmful.

It’s a tough ask. While key experts from Cancer Research UK, Action on Smoking and Health and a host of independent research institutions have continued to back vaping’s potential to save lives, sections of the media have chosen to add to people’s fears by putting bad science on their front pages.

“The US, and many countries, have focused on the demonisation of nicotine. All of the studies have shown that while nicotine is an addictive substance, on its own it is as addictive as caffeine – but we don’t see people trying to shut down Starbucks or Costa,” says Dunne.

“It is the act of smoking and the inhalation of the 4,500 chemicals which are present in cigarettes that causes the problem, so that’s the huge difference in the way vaping is viewed here and is viewed elsewhere.

“The other big difference is that in the US they go on about it not being 100% safe whereas in the UK we say it is 95% less harmful than smoking. It’s not a wonder cure but it’s something which is far better for you to do.”

Thankfully, the science – even in the US – is gradually building up evidence in favour of e-cigarettes’ relative safety and ability to help smokers quit tobacco. When the World Health Organisation put out a dramatic warning about the category in January, it was quickly rubbished by independent experts in the field.

At the heart of this is dealing with one of the most emotive subjects – youth vaping. Importantly, this has not been found to be a major issue in the UK, but the UKVIA wants it to stay that way.

“One of the things which we’ve done is produce a code of conduct for our members which highlights the need to have more adult-related branding. We’ve also come out with our ‘Challenge 25’ practice. That goes for making our websites more robust too.”

This code of conduct is signed up to by every UKVIA member, including major players (JTI, Imperial Brands, Philip Morris, BAT and Juul), but also niche suppliers and specialist retailers.

Another part of the UKVIA’s approach to safeguard the vaping industry is working with government on improving regulation.

“We made quite a few recommendations to [the Science and Technology Committee’s e-cigarettes inquiry] that ended up in the final report. I think there is an appetite out there to look at the current advertising restrictions. There’s a huge understanding that, in order to combat the negative publicity about vaping, the current rules really restrict what we can say.

“The other aspect that could be looked at is the current cap on nicotine levels. There is some scientific evidence to suggest that that they might be just a little bit too low to encourage heavy smokers to successfully switch. We have had discussions about raising that – not by much – but to 25mg or 30mg,” Dunne says.

On an international level, meanwhile, the UKVIA is part of a push from manufacturers to make e-cigarettes even safer. This was the focus of much discussion when John Dunne travelled to China to meet with manufacturers and other international trade bodies last December.

The focus on safety is a natural response to a tough year for the industry, but the irony is that this is a sector which is enthusiastic about its role in making a better, healthier world.

“For a good majority of people in this business, saving lives has been their primary motivation. Most of this industry was built on small businesses and entrepreneurs who looked at this as something good. It has grown by consumer-to-consumer communication rather than flashy marketing campaigns. It’s smokers talking to another smoker and saying, “Hey, I’ve found this device and it’s great… it works.”

Dunne, who spent 12 years working for Philip Morris’s parent company Altria in the US, has gone on a similar journey.

“I was the first to introduce e-cigs as a category to any retailer in the UK – WHSmith. My motivation was a moral decision that I made – both my parents had passed away due to lung cancer, related to smoking, and the final straw was when my daughter turned around and said ‘Daddy, why do you kill people for a living?’ I think that would be anybody’s final straw.”

He is looking forward to 2020 – and the upcoming ban on menthol cigarettes – as a year when many others will say goodbye to tobacco.

“I think the menthol ban will be quite good because a lot of menthol smokers won’t go back. I know that when I smoked menthols, a normal cigarette was horrible after that. So it might be that trigger to say, ‘You know what, I am done with smoking. I like that menthol taste but I’m going to try vaping instead.'”

And this change is already encouraging convenience retailers across the UK to add or grow the vaping category in store. That the Scottish Grocers’ Federation is now a partner of the UKVIA only confirms this direction of travel.

“I think there’s a huge opportunity for retailers to take advantage. It’s a very good deadline to work towards. If you don’t have any of the easy-to-use pod systems in your store then now is the time to get them in and dip your toe in the market,” says Dunne.

As the 20 May deadline races closer, the UKVIA is encouraging retail stores and vape manufacturers to work together.

“Convenience retailers need to look at partnering up with companies that offer a category solution. I know one of our members is doing a ‘store within a store’ concept. They can then help to manage the category and educate the retailer. For retailers who really want to get involved with the category – rather than just selling a few e-liquids here and there – it’s a real learning process,” says Dunne.

One of the big opportunities is simply the long hours that most convenience stores keep, giving access to a category when more specialist shops are closed or aren’t nearby. Yet, offering a good service to new customers can create challenges of its own.

“What you find with someone who is getting into vaping, or thinking about making that step, is that they will have quite a few questions, so the transaction tends to be a little longer which is something retailers struggle with.

“Stores which have done really well have a couple of members of staff which are specifically trained for that. Some companies have created a digital purchasing journey and customers can answer a series of questions to find out which product is recommended for them – that’s a good way for retailers to deal with customer questions because maybe they’re on their own or they have only a couple of members of staff,” says Dunne.

As more stores capitalise on the opportunity that e-cigarettes present, responsible retailing becomes even more vital.

So, the UKVIA is championing a system of licensing for both vape shops and all other retailers stocking e-cigarettes and vaping products.

“We have good robust laws in place but there are restrictions on trading standards teams’ time. So one idea we brought forward was a licensing system where retailers pay a fee which could be put towards law enforcement.”

Protecting the industry from rogue retailers is so important after the cases of EVALI were linked directly to black market (albeit mostly cannabis-based) products in the US. Vape Business research suggest e-cigarettes have yet to become a major issue for trading standards teams here – although one department we contacted had discovered some eBay sales of counterfeit products. Licensing would, then, help futureproof the industry and would assist the education and training of retailers.

“For us, that is around the commitment of ‘Challenge 25’. Retailers can understand the type of products they should be stocking and that those products are legitimate. It will encourage smokers who are yet to make the switch that they can have confidence and show to society that we are a reputable industry,” he says.

And that will be vital in convincing the seven million smokers who’ve yet to make the jump to join the UK’s 3.5m vapers, the UKVIA hopes.

“People ask me what do the next five years look like, but when you look at the products we first brought over and the devices we have now, my answer is: I have no clue. I don’t think that we have even conceived of the kind of devices which we will be seeing over the next five to 10 years. What I do see is a continued switch from smoking to something which is less harmful,” Dunne says.

It’s an optimistic approach for an industry leader who has faced such a difficult 12 months.

“We’re only at the beginning of the journey with e-cigarettes and there’s a long way to go yet. We’re just going to have to get past this little blip in negativity.”