Home Features & interviews E-liquids: What you need to know to succeed

E-liquids: What you need to know to succeed 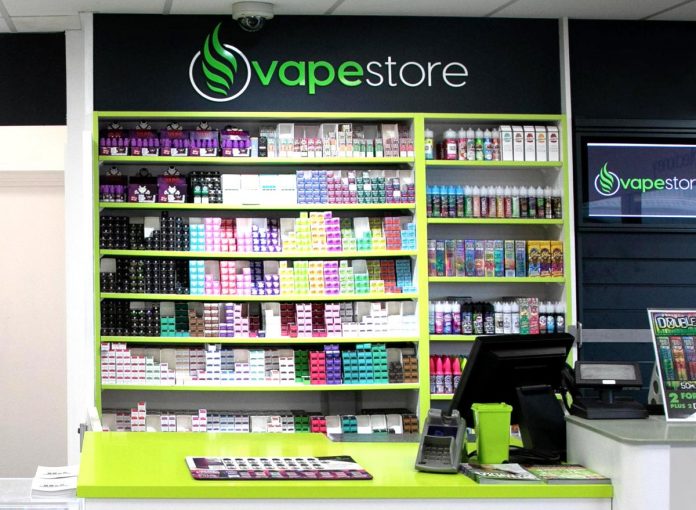 They are the little bottles on the counters of thousands of convenience stores – but what exactly is going on in the e-liquid market?

For many non-vapers, the e-cigarette and next generation category is defined by the dozens of little e-liquid bottles they see on the counters of their local store.

E-liquids are quickly becoming ubiquitous in convenience stores – even if many retailers don’t fully understand the category they’ve entered.

A huge array of brands and even greater number of flavours mean this is the area of the market where choice is greatest for consumers. Prices start with super-value e-liquids available for as little as £1 and rise to nearer £20 for some ‘short fill’ nicotine-free products. The e-liquids market is as complex as the beer market and has the legions of craft-style fans to match.

And the numbers should convince any nervous store owner that this is a category worth backing too. Its 16% year-on-year unit sales growth shows just how much potential remains in this market even if – due to the rise of closed systems, particularly pod mods – the market share of e-liquids among vape products is declining.

And even those companies most focused on the closed system world of vape pens and pod mods recognise that stocking the right e-liquid range is essential for any local shop or convenience store entering the market.

“For retailers new to the category, we recommend stocking at least one open and one closed system from a big brand like blu,” says Duncan Cunningham, corporate affairs director of Imperial Brands.

The power of big brands is as important with the e-liquid sector as it is in any other. Yet, while some recognisable brands from the pod mod sector including Blu, Vype, and Logic do make Nielsen’s top 10 brands, so do other big brands such as Aqua Vape, Liberty Flights and EDGE. According to the same data, the top-selling e-liquid is Cirro which represents 20% total unit sales in the category with a huge 23% value share of the market. The Cirro brand is made by the BAT-owned Ten Motives.

According to Chris Carr, sales director of NextGEN360, EDGE’s parent company,   creating a great range means striking a balance: “In such a fast-changing industry, savvy retailers should consider balancing leading products with new and innovative vaping products to ensure their offering retains consumer relevance while staying at the forefront of vaping innovation.”

The number of flavours available on the market seems infinite. Some sound wonderful (Watermelon Kiwi), some less so – there might be a tad too much going on in Cinnamon-glazed Blueberry Scone, for example. The flavour explosion has been led by the myriad smaller brands in the market but major brands are not far behind. Vype, for example, boasts Honeydew Splash, Peach Swirl, Crushed Mint, Berry Trifle and Tiramisu Crème among a dizzying range of flavours. Luckily, for those building a core range, it appears most c-store vape customers are relatively conservative in their flavour choice. According to Nielsen 17% of vapers choose a tobacco flavour, 32% want a mint or menthol taste and 34% pick a fruit flavour – it’s a good guide for how your sales may develop too.

One of the e-liquid trends which have gone mainstream in recent years is mixing liquids to create brand new blends. A blend of e-liquids is a quick and simple way to make, say, Strawberries & Cream, Cookies & Cream, Pina Colada or many other blends, mixed to the exact taste of ab particular user. The real enthusiasts are increasingly turning to creating their own e-liquid mixes from scratch which is where nicotine-free short fills come into their own. With short fills retailers can create the liquid they want by adding just the level of nicotine that’s right for them. It’s a trend that’s unlikely to affect the sales of the average independent retailer. Still, it’s nice to know where the market’s going.

One of the benefits that e-liquids provide users is the sheer choice that’s available. As the short fill trend shows, this choice isn’t limited to flavour, either. Many e-liquids are available in a variety of strengths and data produced by Nielsen for EDGE shows just show split the market is: 18mg (27%), 12mg (13%), 11mg (13%), 6mg (32%). In fact, EDGE’s top three SKUs include two menthol strengths (18mg and 6mg) alongside a blackcurrant flavour (6mg). For any retailer wishing to cater to a wide range of vape customers it’s therefore vital to keep a variety of strengths in stock.

Another option that is increasingly popular with vapers is nic salt vape juices. Nic salts offer a bigger, quicker, more cigarette-like ‘hit’ than traditional e-liquids and have been an integral part of the JUUL pod mod offer for some years. Although JUUL pods do not use tobacco to source its nicotine, nic salts are the naturally-occurring state the chemical is found in tobacco leaves. More recently nic salt technology has been used in a wide range of e-liquids. The new JTI Compact Intense pods range and Myblu Intense are two other products which utilise this technology but many if not most e-liquid brands will now also offer a nic salt range. It’s an area in fast growth but currently represents 20 percent of the e-liquid market (1,868,814 sales out of 9,525,403 according to Nielsen).

This brings us on to pod mods, the vape pen corner of the market which has been pushing down the market share of traditional e-liquids over the past 12 months.

“The most popular products for all vapers are still [open] tank systems, but there has been a decline since 2018, and an increase in use of cartridge/pod systems such as Myblu,” says Duncan Cunningham at Imperial Brands.

And while these ‘closed’ systems negate the need for vapers to pour in their own e-liquids, the quality of what goes into each capsule matters as much as with any e-liquid.

Of course, moving away from combustible tobacco offers a serious boost to a consumer’s wallet whichever part of the market they gravitate towards. With bestselling e-liquids such as EDGE Blackcurrant coming with an RRP of £2.50, open systems come with a particularly low entry price. Last year, JTI matched this low price with its budget Logic EPIQ range which the firm says “allows retailers to capitalise on the increased demand for value e-liquids within the vape category”. The EPIQ brand also features a budget 18mg nic salts range (RRP: £2.99) with flavours including amber tobacco, berry mint, forest fruits and peppermint. At the most budget end of the market however are the £1 e-liquids such as LiQuid. Despite the price there are still a huge array of flavours available in the LiQuid range including Ice Menthol, Pear Drops, Banoffee Pie and Tangy Cherry Bubblegum.