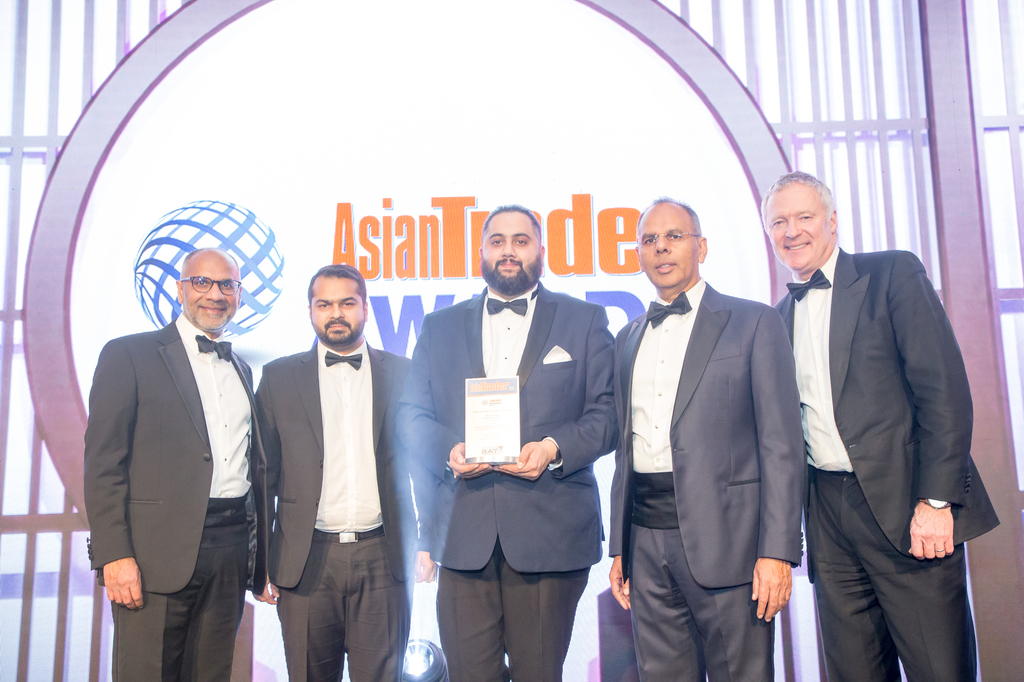 Aman Uppal, who runs the One Stop Mount Nod store in Coventry, has been named as the Vape Convenience Retailer of the Year at the 2021 Asian Trader Awards.

The 33rd edition of the awards, which celebrates excellence in the UK’s convenience stores, was held on Tuesday 30 November at Park Plaza Westminster Bridge, London hosted by noted impressionist Rory Bremner.

Business Secretary Kwasi Kwarteng has graced the event as chief guest, with leading politicians and captains of industry joining in to herald independent retailers, convenience store and symbol operators, shopkeepers, off-license owners and newsagents from across the UK.

Delivering his keynote speech, Kwarteng said: “I have to say to the companies and  business leaders represented here tonight that you have shown a spirit of sacrifice, and huge amounts of real leadership in your communities. And that’s why I wouldn’t miss this event for the world.

“It was retailers, day in day out, who were bearing the brunt of the risk, who were working, in many cases 20 hours a day, to keep people going and to make sure that essential goods and services were provided. And my only word is thank you. You probably don’t hear that too often from government ministers.

“But from the bottom of my heart that is the most sincere, heartfelt message, because it’s been a terrible time, for so many people in lots of different communities, and without your support, without your unstinting effort, things would have been a lot worse. So thank you very much on behalf of everybody in this country.”

The Asian Trader Vape Convenience Award, supported by British American Tobacco, recognises how one of the major streams of independent retail revenue – namely tobacco sales – is now added to by the profitable and healthier vape and heat-not-burn alternatives adopted by nimble and enterprising store-owners, who can educate their customers about vaping.

Delighted to win the award for this category. Thank you to the team at @_vapestation @RealTradingLTD for their support and guidance throughout my store's journey in expanding our vape offering this year. https://t.co/p51vOrZ9ab

Judges have been particularly impressed by the way Aman tackled the menthol cigarette ban, setting out a clear plan ahead and telling customers about the changes and the alternatives that would be available.

The strategy helped him to push higher margin vape products and retain customers, while helping them to quit if they wished. With demand increasing following the closure of specialist vape shops during lockdowns, he refitted the front of his store with a new vape shop, resulting in nearly seven-fold increase in weekly sales.

The Judging Panel said: “Aman shows much information on his shelves and takes advantage of talking to visiting experts so he can educate his customers, and has expanded his vape counter while shrinking his tobacco gantry.”