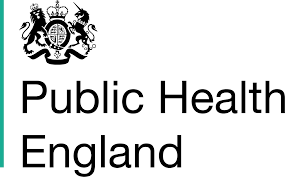 A trial led by the University of East Anglia will see the NHS will provide vaping devices and e-liquids to smokers coming to the emergency departments of five hospitals across the UK to help them quit.

The trial, which begins this autumn, has been described as a “landmark moment” by the UK Vaping Industry Association (UKVIA).

As part of a clinical trial, patients attending A&E in five hospitals in Norfolk, London, Leicester, and Edinburgh will be offered a device, enough e-liquid supplies for a week, and referral to local smoking-cessation services, alongside medical advice.

This will be followed up at one, three and six month intervals over a 30 month period, to monitor success rates for those introduced to vaping, compared to those only offered leaflets with details of local smoking-cessation services in the same trial.

John Dunne, Director General of the UKVIA said: “This is a hugely significant moment in the history of vaping and harm reduction. For the first time, following years of research and campaigning, we are finally at the point where the NHS looks to be fully embracing vaping and acknowledging its important role as the number one quit method.

“This move by a respected and trusted institution worldwide proves that all the misinformation out there on vaping, is as we have been saying for years misinformation itself. It reinforces Public Health England’s recent annual vaping evidence review that perceptions of harm caused by vaping compared with smoking are increasingly out of line with evidence.”

Funding for the trial has been provided by the National Institute for Health Research and comes as experts suggest more than a quarter of the 24 million people who arrive in UK Emergency Departments each year are smokers – well above the national average.

Highlighting the wide support for harm reduction policies such as this latest trial, Cancer Research UK last week reiterated its support for vaping as a treatment to help smokers to quit. Public Health England has repeatedly stated that e-cigarettes are far less harmful than smoking.

Meanwhile, new data released by Mintel, has shown that 39 percent of smokers aged 18-34 report smoking more regularly due to stress from Covid-19. It also revealed that 10 percent of former smokers had restarted their habit since the start of the pandemic.