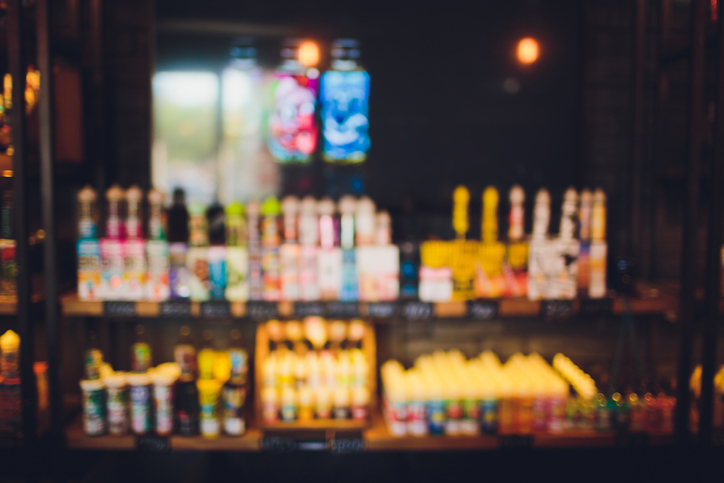 According to local reports, illegal vaping products and e-cigarretes are being sold rampantly in Liverpool. In a recent test purchasing exercise across the city to check on compliance, Liverpool council trading standards officers were able to buy illegal products from 74 retailers – some containing up to 3,500 puffs, almost six times above the legal limit.

The council has also been receiving a large number of complaints over the sale of these products to children and is asking parents with information and evidence to contact them.

Vaping devices are highly regulated by the government to control the amount of nicotine available and have to be approved by the Medicines and Healthcare Regulatory Agency (MHRA).

They should contain no more than 2 per cent nicotine or hold more than two millilitres of liquid, equivalent to 600 puffs or a packet of cigarettes. The vapes found in the recent test purchasing exercise far exceeded these limits.

The council is now offering retailers the opportunity to contact Trading Standards to seek advice on vaping products. As per the released advice, each packet and any container pack must carry the warning “This product contains nicotine which is a highly addictive substance” on both the front and back surfaces of the unit packet and any container pack.

This health warning must cover 30 per cent of the area of each of those surfaces and should be in black Helvetica bold type on a white background in a large font size in the centre of the surface area.

In addition, the advice says that:

Councillor Abdul Qadir, Cabinet Member for Neighbourhoods, said: “E-cigarettes and vaping products are seen by many people as a way of giving up smoking.

“Our worrying research shows that people are unknowingly exposing themselves to far more nicotine than they would from using cigarettes, meaning they are even worse for their health.

“Our advice to people buying these products is to always check that the packaging has all of the appropriate warnings on it so that they can be confident they are not exposing themselves to far greater levels of toxic substances than is allowed under the law.”